Normally considered gentle giants, elephants are increasingly coming into conflict with humans in India, where they kill around 500 people every year.The country is home to the world's largest population of Asian elephants, a species listed as endangered, with declining populations across its home range of 13 countries. Their forest habitats are being eroded by agriculture and infrastructure, as India's growing population of almost 1.4 billion people expands further into wild spaces."One of the biggest challenges in India is the fact that we have less than 5% of land set aside for wildlife, and there are millions of people who live adjacent to our protected areas or inside," says Krithi Karanth, chief conservation scientist and executive director of the Centre for Wildlife Studies, headquartered in Bangalore, southern India.The country has over 100 national parks and around 30 elephant reserves, but many of India's 30,000 elephants live outside these protected areas and have less and less habitat to roam in search of food. That's leading them into increased contact with humans.Night-time crop raidersAt around 10 feet tall and weighing up to five tons, an elephant eats around 330 lbs (150kg) of food per day -- mostly grass, leaves and bark. But more nutritious crops like sugarcane, rice and bananas can be especially enticing.The new 'Big 5' are for shooting with a camera, not a gunThe new 'Big 5' are for shooting with a camera, not a gun"A lot of the elephant encounters happen by chance," says Karanth, who was recently named a "Wild Innovator" by the non-profit Wild Elements Foundation, in a new program to support environmental projects led by women worldwide. Farmers trying to protect their crops can be accidentally killed by elephants when they try to chase them away, she says. "We've also documented a lot of deaths where people happen to be walking home at night and they just run into elephants."One woman's mission to help solve India's deadly conflict between people and wildlife 03:50India accounts for 70-80% of all recorded human deaths due to elephants in Asia, according to Sandeep Kumar Tiwari, of the Wildlife Trust of India and the IUCN SSC Asian Elephant Specialist Group.Tiwari says around 500,000 families are impacted by conflict with elephants every year across the country, mostly by the animals damaging their crops. Between 80 to 100 elephants are killed by human-related activity each year, he adds -- some from retaliation acts like poisoning or electrocution, others from being run over by trains.A herd of 46 wild elephants walk through the Gangaram Tea Garden, around 40 km from Siliguri, India, in November 2017.A herd of 46 wild elephants walk through the Gangaram Tea Garden, around 40 km from Siliguri, India, in November 2017.Finding ways for people and elephants to co-exist peacefully will require a concerted effort from government, conservationists and the public to come together to solve this issue both in the short- and long-term, says Tiwari.Finding effective solutionsFarmers sometimes use light and noise to scare elephants away, but these tactics can become less effective as the animals grow accustomed to them.Read: From Google to garbage disposal: the environmentalist cleaning up India's lakesPlanting crops that elephants don't like to eat, such as chilis, lemons and ginger, digging trenches, and setting up alarm systems to warn people of nearby elephants can all help keep the animals away from agricultural land. Community groups can also be trained to guide elephants back towards the forest and away from crops.Another approach is to help people in rural communities deal with the impact that elephants can have on their daily life. The Indian government offers compensation for families who have suffered losses from wild animals but receiving a payment can be a long and bureaucratic process, according to Karanth.She has developed a program to help rural communities access the compensation. They can call a toll-free number and her staff will assess the damage and help them submit the necessary paperwork to make a claim. She says the Wild Seve program has helped families submit almost 18,000 claims and receive almost $800,000 in compensation over the past five and half years. 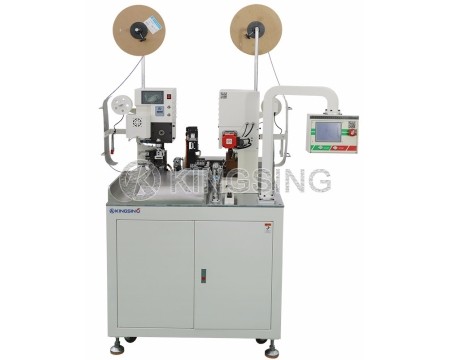