April Moss, a CBS affiliate journalist who paused her weather report to say she's talking to Project Veritas, has lost her job.The station told Insider that Moss objected to its policies on COVID testing and mask-wearing.Last week Fox 26 reporter Ivory Hecker lost her job after interrupting a broadcast to claim she was being muzzled by the network.Visit Insider's homepage for more stories.Weekend weather anchor April Moss is no longer employed at CBS 62 Detroit after she interrupted her live broadcast on Sunday to announce that she was going to be a source for Project Veritas."April Moss objected to WWJ-TV's policies regarding COVID-19 testing and wearing masks inside our station, which are based on CDC, state, and local guidelines," said a spokesman from CBS 62 Detroit."Any suggestion that she was in any way a victim of "discrimination" due to her concerns about these policies is completely false. In fact, we allowed April to perform her weather anchor duties from home as we explored her concerns," the spokesman added.The CBS 62 spokesman noted as well that while the station respects and supports employees' freedom to have their own opinions, they are "not entitled to use our station news broadcasts as a platform for sharing personal views. Ms. Moss is no longer with our station."Moss stopped short in the middle of her weather forecast to announce she would be sitting down this week with Project Veritas to "discuss the discrimination that CBS is enforcing on its employees."Project Veritas is a far-right group claiming to investigate and expose corruption. Its founder, James O'Keefe, is best known for releasing edited, sting-style videos.O'Keefe told Newsweek that CBS 62 Detroit "failed to address any of the major issues raised by April Moss' recordings.""No mention of company-wide efforts to push vaccinations on employees and the public. Instead, CBS aimed its focus at her personally in an effort to divert attention from the findings she presented to our organization," said O'Keefe to Newsweek.Before her employment at the station ended, Moss had been an employee at CBS 62 Detroit since 2012 and was the channel's weekend weather anchor.She is the second journalist in the last week to announce on live TV that she is acting as a source for Project Veritas.Last week, Ivory Hecker, a reporter and fill-in anchor for Fox 26 Houston, made a surprise announcement during a live broadcast that she was going to Project Veritas with secret recordings. Hecker was fired last Tuesday. 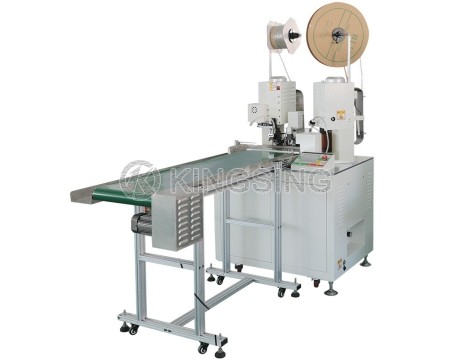