Terminal Cross Sectioning is a quality validation technique that is not new to Wire Processing. The use of cross sectioning has broadened over the past few years and cross section systems are now appearing outside of the quality lab and on the factory floor. This trend is expected to continue in the coming years. Cross section labs are expected to be as commonplace as a pull tester in most processing facilities.

In the past, quality tests of a terminal crimp were performed by only a pull tester and being a destructive test, it was a first off and spot in process inspection. But it certainly did not take in o account the inherent process variation of the crimp process itself. Later on as electrical performance demands increased, it was necessary to improve the quality inspection processes. At the same time, crimp design advanced and no longer was just pull test sufficient. Enter crimp compression. Crimp compression standards were a result of studies in o crimping and it was determined that a predictable percentage of crimp compression was needed to assure optimal electrical performance. Crimp Height is based on optimum compression of the wire during the crimp process.

With Cross Section analysis, we can now peak inside the crimp. This cross section analysis provides us with a great amount of detail in o not only the materials (wire and terminals), but how they are crimped together. Information that is used for documentation and archival purposes. An important aspect of cross section analysis is process improvement. Some of the measurements available from cross sectioning a crimp include:

Process Improvement is a necessary component of any company who wishes to reduce their processing costs (material waste and processing time) as well as improving overall productivity. Cross Section analysis can be a valuable tool in process improvement. For example, crimp monitor alarms. Crimp monitors signal an alarm when an element of crimp quality causes excess variation. Often the suspect parts appear normal and acceptable. Production continues. Later on another alarm occurs. Same condition. Parameters are opened up and production continues without alarms. But the underlying problem still exists. Once this cycle starts, the monitoring system becomes less sensitive and at some point only gross errors can be detected. And the risk of accepting defective parts also increases.

Cross Sectioning a crimp offers one way of detecting an issue that could be quickly assessed and a resolution put in place. See the illustrations below.

Anatomy of a Crimp Termination 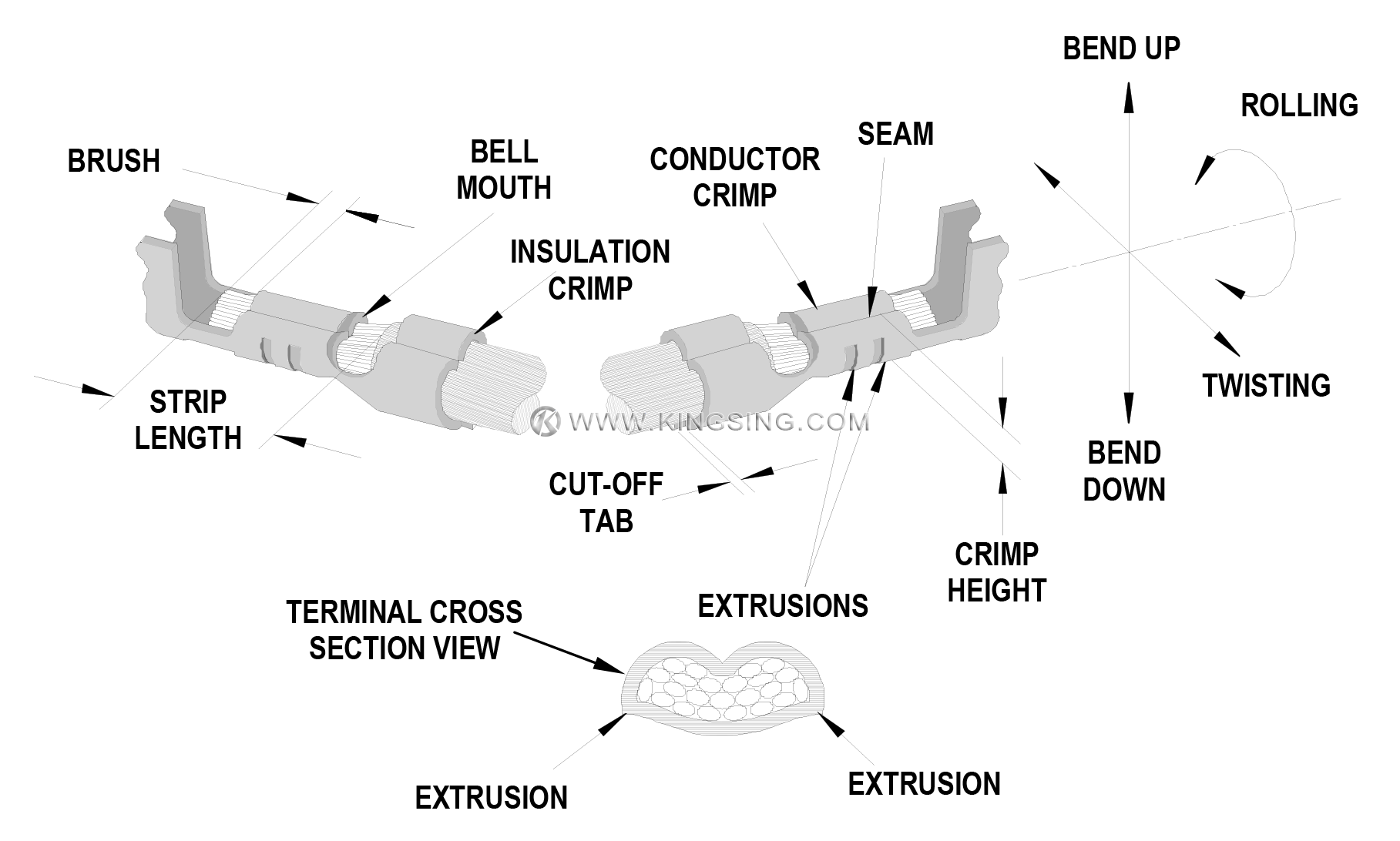 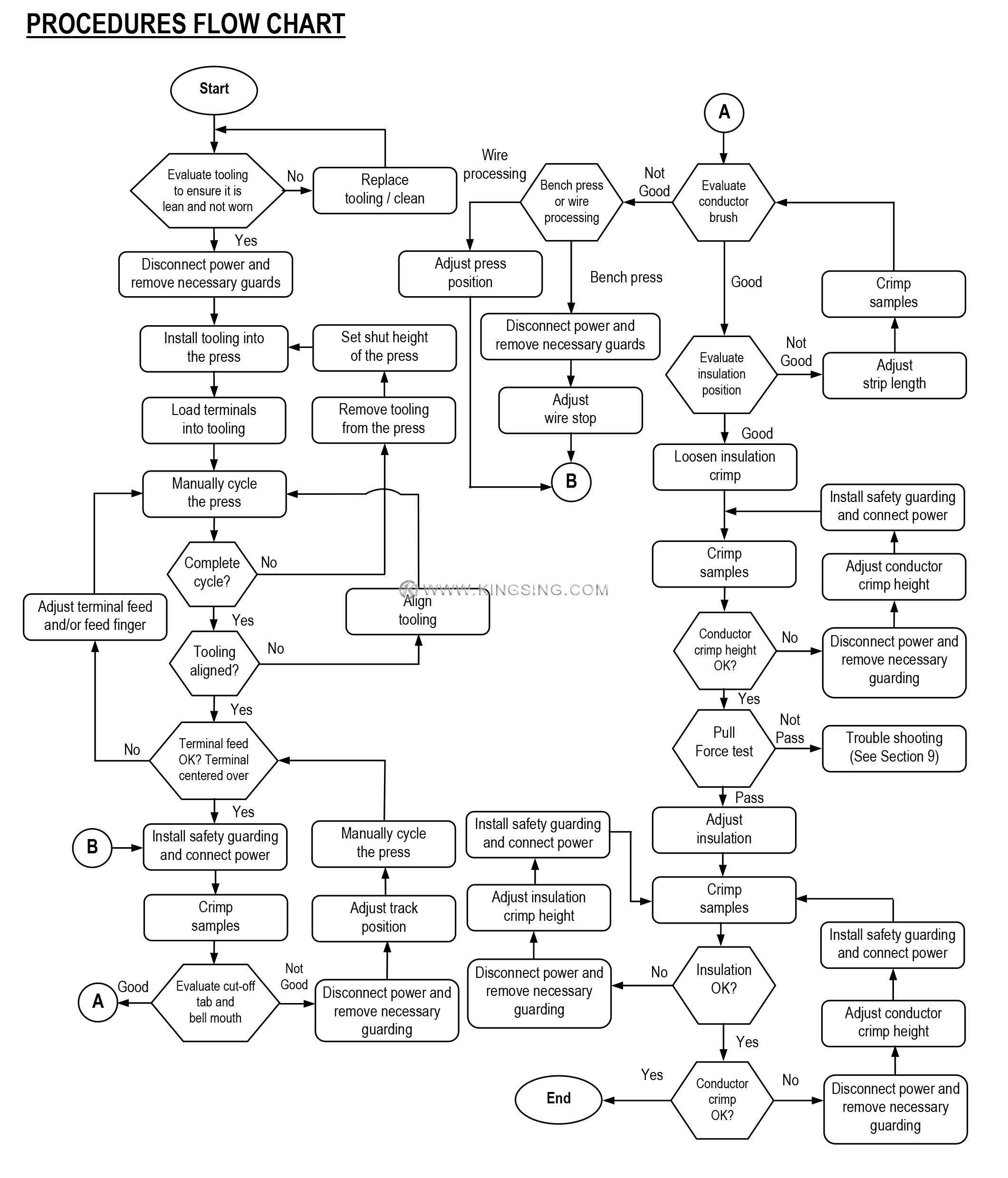